MADRID, June 15 (Xinhua) -- In cooperation with Chinese telecom giant Huawei, Vodafone Espana on Saturday rolled out the first commercial 5G mobile services in Spain, making it one of the first European countries with the ultrafast mobile network in Europe.

According to Vodafone Espana, the 5G mobile network covers 15 major Spanish cities including Madrid, Barcelona, Valencia and Seville. Around half of the residents in these cities will able to enjoy the cutting-edge high-speed network service, which will be expanded in the future.

With 5G mobile phones, 5G customers in Spain will experience download speeds of up to 1Gbps at launch and up to 2Gbps by the end of the year, which means it could be 10 times faster than that of the 4G network, said Vodafone.

The low latency network will be fundamental for some key technologies such as autonomous driving, telemedicine and virtual reality in the future.

Vodafone has thus become the first operator to make 5G services available to Spanish customers, and the 5G Vodafone Espana is also the network that covers the most cities in Europe to date.

According to Huawei Spain, the company has prepared a lot for the launch and has cooperated with Vodafone as the core equipment supplier for the project. The two companies have had close cooperation for more than 10 years.

It is believed that the launch of 5G network in Spain will promote the transnational operator Vodafone to launch more 5G services in other countries. 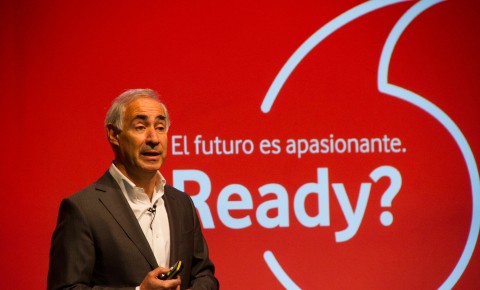