Announced at the Mobile World Congress (MWC), the roll out of the network comes six months after the trial of the LoRaWAN technology and will be released on a project-by-project basis.

NNNCo’s CEO Rob Zagarella said: “This agreement is a key step in NNNCo’s commercial network development as we move from a testing phase to commercial rollout of the national narrowband network. This will occur project by project across Australia, in partnership with Actility as NNNCo’s network server provider. The big use cases in Australia are water, agriculture, energy monitoring and control, soil moisture, rainfall detection, cattle tracking, building management, and people movement.”

Given Australia’s size and culture, the company has also designed various gateway solutions that is capable of handing different densities, including urban and rural areas. “We know the network works and we’re on the border between proof of concept and commercial deployments. We’re preparing ourselves to access Actility’s network platform for commercial roll out.” Zagarella adds.

Partnering with Ergon Energy, both the companies have been testing the LoRaWAN technology since November, and have been working to provide a LoRaWAN narrowband Internet of Things (NB-IoT) network. 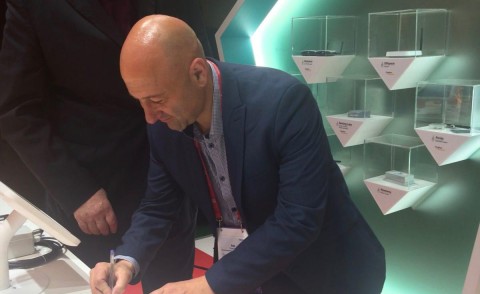