We have tested the reliability of our NB-IoT and LTE-M supplies in numerous successful pilot projects. Both processes are already implemented in the O2 network in Germany and are used by existing business customers.

For example, LPWAN is used at the high-tech location in Munich and is used, among other things, by Munich Airport. In the Ruhr area, a municipal customer even uses both LPWA standards in live use. With its IoT offerings, Telefónica Deutschland is a high-performance supplier on the product and technology side with an excellent price-performance ratio.

Telefónica Deutschland is the first telecommunications provider in Germany to offer both machine network types based on LPWAN standards , which opens up a considerably larger IoT field of application for business customers. In addition to Narrow Band IoT (Cat-M2), Telefónica Business customers also have the option of using LTE-M (Cat-M1) in the live network for their individual low-energy IoT applications. This gives companies optimal transfer procedures for their respective use cases.

Such applications can be categorized as stationary or mobile. Companies that want to implement a stationary low-energy use case usually fall back to Narrow Band IoT . LTE-M, on the other hand, is suitable for mobile applications. The most common applications for the LPWAN NB-IoT standard are currently any kind of metering applications, such as gas and water connections or other meter readings.

For a smooth transition between different transmission technologies , Telefónica Deutschland has provided all the existing IoT SIM cards (Global SIM Vivo-O 2 -Movistar) with new functions and expanded the two wireless technologies. This also applies to the Telefónica KITE platform. Using KITE, Telefónica Business customers can manage the entire mobile spectrum spectrum (2G, 3G, 4G, NB-IoT, and LTE-M) through the same IoT platform - for example, the behavioral analysis of individual devices or the ability to configure user accounts , With this Telefónica Deutschland manages to find the most suitable one for the customer's application to provide transmission technology and make it centrally controllable.

Telefónica Deutschland also offers interested companies the opportunity to intensively test their developments in advance in their test laboratory in Munich Freimann. It also fosters understanding of the technology and provides potential customers with a better insight into the capabilities of low power IoT applications. 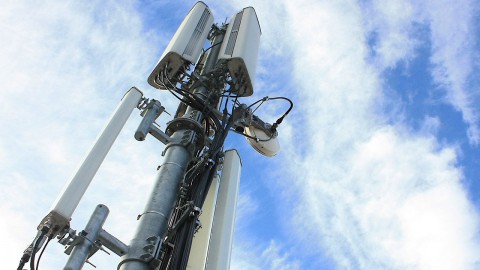