MTS infrastructure offering is expanding further, with the launch of the first Russia-wide network for IoT services and devices in LTE standard based on NB-IoT technology (Narrow Band IoT). We have already successful launched NB-IoT network services in 20 Russian cities, including Moscow, St. Petersburg, Novosibirsk, Kazan, Nizhny Novgorod, and Vladivostok. By the end of 2018, MTS will provide NB-IoT coverage as well as integrated services for smart devices in all large cities across Russia.

NB-IoT-based solutions are in high demand across a wide spectrum of business areas including transport, energy, mining and manufacturing, energy consumption control in housing and communal services, retail, medicine, smart home, as well as smart city infrastructure monitoring and management systems. Most of our LTE base stations support NB-IoT network, which is deployed on the basis of solutions from Nokia, Ericsson, Huawei, Samsung, and Cisco. The new infrastructure will provide a fast, cost-effective and secure connection, as well as the integration, management and maintenance of any IoT enabled device.

Kirill Dmitriev, Vice President, Sales and Customer Service, MTS, commented, "The Russian IoT market is moving into a new phase: recently tested promising technologies are now becoming ready-made commercial solutions. The launch of the NB-IoT network turns our pilot IoT projects into industrially scalable products developed to satisfy demand by businesses in various industries. Thanks to the NB-IoT network coverage and our technical competency, MTS is exceptionally well positioned to become one of the largest suppliers of commercial IoT products and services in Russia."

The nation-wide NB-IoT network will significantly reduce the cost of implementation of IoT solutions due to the advantages of the new technology over existing standards for M2M. These include increased network capacity, high radiosensitivity, long service life and low cost of radio modules. As an example, users will now be able to connect tens of thousands of devices to a base station, with products that can operate normally in difficult conditions for signal transmission, and up to 10 years without recharging. 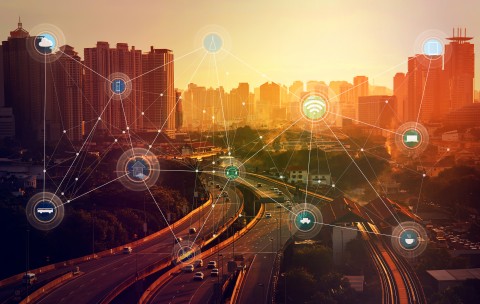