Kazakhtelecom JSC completed the first stage of the project on building the largest M2M/Internet of Things network in CIS based on LoRa, Zigbee and LTE technologies –Top-management of multiservice company informed about this on MWC 2018 in Barcelona.

«Considering main trends in Kazakhstan and the world, Kazakhtelecom JSC actively participates in formation of Internet of Things (IoT) market. We realize that this market will be a key growth driver for IT industry incomes the nearest ten years. Due to the forecast of experts, by 2025 about 100 million devices will be in Kazakhstan, connected to IoT, that in 3,5 time more than mobile communication market. Due to the evaluations, market volume in the country will reach 251 million USD by 2025. We realize some projects, study possible application cases and business model in IoT sphere, build partners relations with developers, distributors and other participants of the market»,- noted Kuanyshbek Yessekeyev, Chairman of the Board of Kazakhtelecom JSC within business-breakfast on MWC 2018 exhibition.

Within first stage building of the most scaled energy effective LPWAN network based on LoRa technology with coverage of all multi apartment houses, buildings and city territory in Astana, Almaty and Shymkent in CIS was completed.

Besides, first stage of the project directed to preparing infrastructure in 9 thousand entries of multi apartment houses and connection of 17 thousand video cams to cloud video control platform, which secures collection and storage of video data from cams, installed in entries of multi apartment houses in 18 cities of Kazakhstan. Advantages of cloud video control are: online access to video from smart phone and other devices by means of developed mobile apps and web-portal. Also revision of archive videos with duration to 7 days is envisaged, safety of video data in COD of Tier 3 category, and integration with COU MIA/DIA on republican, city and regional levels. Till the end of 2018 coverage up to 33 thousand video cams in 17,5 thousand entries is planned.

Also first stage includes diversion of SmartHome platform, which is realized as cloud solution with horizontal diversion and realization of various solutions of smart home based on Zigbee technology. This solution allows securing connection of IP-cams, movement sensors, opening windows and doors, smoke sensors, temperature and humidity. Platform is widened to 5 million devices and 1 million users, mobile apps is available for subscribers on base of iOS/Android for cam, sensors control.

It is expected that LoRa networks will cover all oblast centers of Kazakhstan and Semei, Temirtau and Zhezkazgan cities within second stage of the project till the end of 2018. In aggregate within the project is planned to install over 400 LoRa base stations in 19 cities covering more than 30 thousand multi apartment houses, about 1,5 million apartments and 6926 square kilometers of city territory. New М2М networks will became a key infrastructure for realization of smart city solutions, in particular on automation of indices collection from resources metering devices (SmartMetering) and on smart lighting. Advantages of LORA network are high scalability at expense of large coverage radius (to 25km.), long term of end devices battery (to 10 years), and openness of its protocol for a wide devices spectrum.

«Second stage of the project will be directed to development of SmartConnectivity platform with SIM-management functional, connection-management, device-management, etc. M2M services are available on the market based on Kazakhtelecom JSC GSM/LTE networks and its mobile assets Tele2/Altel. Connection of a wide spectrum of IoT devices will be possible to SmartConnectivity будет platform, starting from wearables to GPS-tracks in auto transport for realization of various geo location solutions for B2C, B2B and B2G segments»,- noted Nurlan Meirmanov, Managing Director for innovations of Kazakhtelecom JSC.

As IoT market available in Kazakhstan that assumes cost and energy efficacy of end devices, Kazakhtelecom JSC considers development of NB-IoT solutions based on 4G and 5G networks in medium-term perspective. Needs in mobile IoT solutions also influence to its realization and sufficient development of devices eco system. 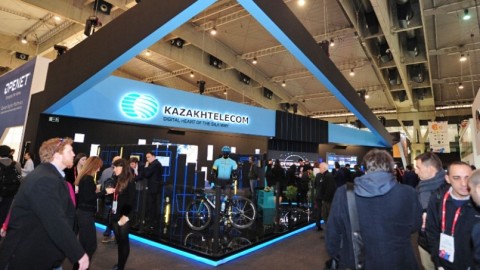