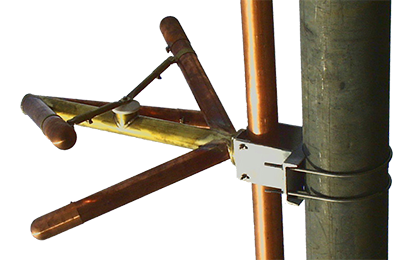 The following article serves to build an understanding about the antenna parameter known as Maximum Input Power, Per Port. Defining an antennas maximum input power rating is important to ensure that, as a sensitive electrical component, the antenna is not damaged by overvoltage. Manufacturers often also specify a maximum input power figure to ensure that performance can be guaranteed under a known input power, the antenna may handle a higher power without damage but datasheet specification would be invalidated.

It is also necessary to append Per Port to the parameter, to eliminate ambiguity in the case of MIMO and multiport antennas.

The maximum power which can be transmitted into one antenna port.

When disclosing cross polar isolation on test reports and datasheets, Halberd Bastion follow the BASTA reporting recommendations. BASTA define the reporting of maximum input power per the following specification. As BASTA is limited in scope to base station antennas, the term Maximum Effective Power used may be considered ambiguous outside of broadcast applications. Halberd Bastion use the less ambiguous term Maximum Input Power to clarify the parameter is specific to the input, and to bring reporting inline with existing industry terminology.

Maximum input power is typically determined during electrical engineering design of the antenna, which involves the assessment of both individual component power handling ratings, and when assembled. Excessive voltage causes breakdown and arcing, either between separate exposed contacts or through dielectric insulators. Small components can quickly overheat and burn out, leading to antenna failure. Manufacturers typically use component or material datasheets to determine maximum input power, however Non-Destructive Testing (NDT) methods can be employed.