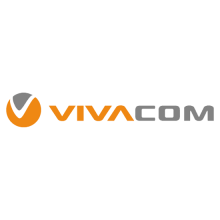 Bulgarian Telecommunications Company (BTC) is a previously state-owned telecommunications company providing mobile services under the Vivacom brand. In June 2004 the Bulgarian government sold 65% of BTC capital to Viva Ventures Holding, a subsidiary of the US private equity fund Advent International. In January 2005 the Bulgarian state launched public offering of the remaining shares and offered 34.78 percent of the company's capital on the Bulgarian Stock Exchange. The company rebranded to Vivacom in 2009 following a merger between vivatel and its parent company BTC. The company was sold in 2016 to Russian businessman Spaz Roussef.

Vivacom and Nokia deployed a LoRa IoT network in November 2017.