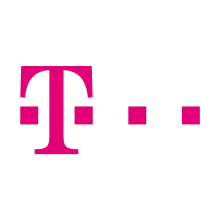 Telekom Deutschland is the largest mobile network operating in Germany. The company operates as the mobile arm of its parent entity, Telekom Deutschland, which has its foundations as state-owned Deutsche Bundespost. The first German mobile network was launched by Deutsche Bundespost Telekom in 1985 based on analog (1G) technology under the C-Tel brand. To operate its mobile services division a subsidiary was created in 1992 known as DeTeMobil. The brand did not last long, with its name changed to T-Mobil in 1996 (and later T-Mobile in 2000) which remained until 2010 when the network became known simply as Telekom.

NB-IoT was first launched NB-IoT on its Berlin network in October 2016 initially as a demonstration network, later expanded in March 2017 following the company's B8 (900 MHz) rollout. In November 2018 Deutsch Telekom announced its intention to deploy an eMTC LTE-M network in mid 2019 to support higher data rate IoT applications up to 1 Mbps. LTE-M testing has been conducted at labs in Berlin and Reutlingen throughout 2018.

Achieving a European and arguably world first, in May 2018 Deutsche Telekom announced the rollout of 5G base station antennas on its live network. The network operates over the n77 (3700 MHz) band, using spectrum granted by the Bundesnetzagentur under a testing licence. Telekom Deutschland secured 90 MHz of 3.5 GHz spectrum during the national spectrum auction conducted in June 2019. The network officially transitioned to a full commercial spectrum licence in September 2019, with 5G data rates up to 1 Gbps available in Berlin, Bonn, Darmstadt, Cologne and Munich, where 129 5G antennas are transmitting.