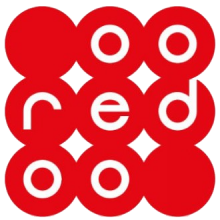 Oooredoo Qatar (أوريدو‎) is the incumbent mobile network operator and telecommunications company servicing Qatar. The company was founded in 1987 as a telephone exchange company, then known as Qtel (Qatar Telecom). Over the following decades Qtel expanded through the MENA region, consolidating operations and rebranding under the Oooredoo Group banner in February 2013. Ooredoo has been operating mobile services in Qatar since 1993.

LTE-A Pro was commercially launched in March 2017, advertising peak DL rates of up to 800 Mbps.

5G NR testing began in December 2016 in partnership with Huawei and Nokia, demonstrating peak DL rates of 35.46 Gbps. The company launched the world's first 5G NR network in May 2018 over the n78 (3500 MHz) band. Ooredoo's spectrum licences were officially updated in January 2019 to permit the operation of a 100 MHz channel within the 3500 to 3800 MHz frequency band.