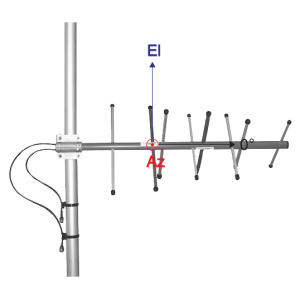 ComAnt cross polarised directional antennas are designed for operation in base stations, where separate frequencies are used to send and receive signals or in 2X2 MIMO configuration.

Cross polarised Yagi antennas are orthogonally polarised ± 45º, or known as slant polarised. Depending on the method of application, three configurations are possible with this design: duplex, diversity, or circular:

With a moderate 8 dBi gain, this antenna is an ideal choice for 400 MHz UHF and 380 MHz LMR systems such as those used by military. Designed and manufactured to IP67 in Finland, the antenna has been constructed with extreme climates in mind, such as those experienced in Russian, Nordic, and Arctic environments.

CompleTech is a Finnish-owned company group specialising in the design, manufacturing and marketing of high quality ComAnt® communications antennas for professionals since 1990.