Vodafone transfers GBP 2.361 billion worth of Safaricom shares to Vodacom

Vodafone Group Plc (“Vodafone Group”) announces today that its wholly-owned subsidiary, Vodafone International Holdings B.V. (“Vodafone”), has agreed to transfer part of its indirect shareholding in Safaricom Limited (“Safaricom”) to Vodacom Group Limited (“Vodacom”), its sub-Saharan African subsidiary. Based on the agreed terms of the transaction, Vodafone will be exchanging a 35% indirect interest in Safaricom for 226.8 million new ordinary Vodacom shares.  The transaction, which has a value of €2,361 million based on Vodacom’s closing share price on Friday 12 May 2017, will increase Vodafone’s ownership in Vodacom from 65% to 70%. Vodafone will continue to hold a 5% indirect interest in Safaricom following the transfer, in addition to the indirect interest held through Vodacom.

The transaction is expected to generate clear benefits for Safaricom, Vodacom and Vodafone Group:

Following the transaction, Vodafone Group will continue to report its direct and indirect holdings in Safaricom under the equity method. The transaction is not expected to have a material impact on Vodafone Group’s free cash flow or its earnings.

After the transaction completes, Vodacom is expected to have a free float of approximately 18%, which means that it will not meet the minimum free float requirement of 20% for its listing on the Johannesburg Stock Exchange (“JSE”). Consequently, Vodacom has secured a two year exemption from the free float requirement from the JSE. Vodafone has committed to Vodacom that, if required, it will sell down a portion of its shareholding in Vodacom before the exemption expires.

Conditions to completion and indicative timetable

Completion of the transaction is subject to a number of conditions, including approvals from Vodacom minority shareholders, approval from the Financial Surveillance Department of the South African Reserve Bank and confirmation from the Kenya Capital Markets Authority that the Transaction does not trigger an obligation for Vodacom to make a mandatory bid for Safaricom.

A committee of Vodacom’s independent non-executive directors has unanimously approved the transaction. Vodacom has appointed an independent expert, Deloitte & Touche to provide a fairness opinion on the proposed transaction which will be included in the circular to be distributed to Vodacom shareholders on or about 5 July 2017 with the general meeting to approve the reorganisation expected to take place on or about 15 August 2017.

The transaction is expected to close in the third quarter of the 2017 calendar year. 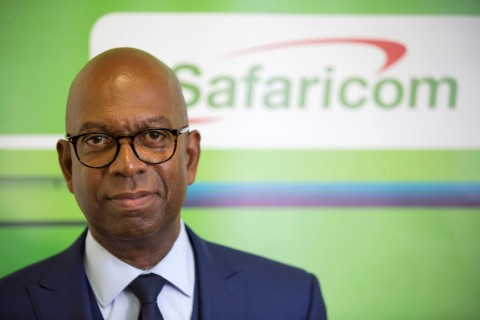