After the award of the new frequencies, Vodafone Spain has begun the pre-commercial deployment of the first nodes of its 5G NSA network in central areas of Madrid, Barcelona, ​​Seville, Valencia, Bilbao and Malaga.

Vodafone has deployed, in collaboration with Huawei, more than 30 5G antennas in the different cities. 5G coverage has been provided to downtown areas, technology parks or university zones where the first pilots of the new technology will be carried out.

This deployment has been made using the 3.7 GHz band.

Fifth generation technology allows downloading data from the network with speeds of up to 2.2 Gbps, as well as increasing network capacity. In addition, with 5G, latency is reduced, reaching response speeds of less than 5 milliseconds. The lowest latency is key in real-time applications such as autonomous cars, virtual reality, telemedicine, Ultra HD or 8K video, gaming, etc.

Vodafone, a pioneer in the innovation of mobile networks

Vodafone has led the deployment and implementation of different technologies that have allowed it to advance in the development of 5G. In February 2017, it presented the first commercial network of NB-IoT in the Spanish market with more than 1,000 network stations updated with this technology. Each base station can connect more than 100,000 devices in IoT environments.

In addition, in June 2017, it introduced commercially 4.5G, which combined advanced features of 4G and Massive MIMO, one of the 5G engines. With 4.5G it was possible to reduce the latency by 5 times and the capacity of the network was increased fivefold.

Last February, Vodafone and Huawei completed the first 5G call in the world, carried out from Castelldefels (Barcelona) to Madrid, using the specifications of the commercial standard NSA (Non Stand Alone) approved by 3GPP and the spectrum band of 3.7 GHz, specifications and spectrum that are now used in pre-commercial deployment.

In March of this year, thanks to the MEC (Multi-access Edge Computing) technology and the virtualized infrastructure, Vodafone managed to reduce the delay in applications related to virtual reality to less than half, an advance especially important for sectors such as telemedicine, education, tourism, industry and entertainment.

Vodafone has shown today, for the first time, in a real network environment 5G NSA, the possibilities of new technology in virtual reality applications, improving the experience thanks to the lower latency and the higher download speed .

Citizens will be able to test the new 5G speeds thanks to several WiFi routers that will be available in different locations in Madrid, Barcelona, ​​Seville, Bilbao and Valencia during the coming months.

The Vodafone 5G network will enable new multimedia services and applications that require ultra-fast connections. It will also facilitate the development of smartcities and new business services and public administrations in areas such as automotive, health, etc.

After the license auction convened by the Ministry of Economy and Enterprise, Vodafone has 90 MHz of contiguous spectrum in the 3.7 GHz band, to which are added the 20 MHz TDD available in the 2.6 GHz band. All this makes Vodafone the operator with the most spectrum to offer the new 5G services.

Ismael Asenjo, CTO of Vodafone Spain, has stated that "the fact that we have 90 MHz contiguous and in conditions immediately usable puts us in the best position to offer the new 5G functionalities and bring their applications to all our Clients." 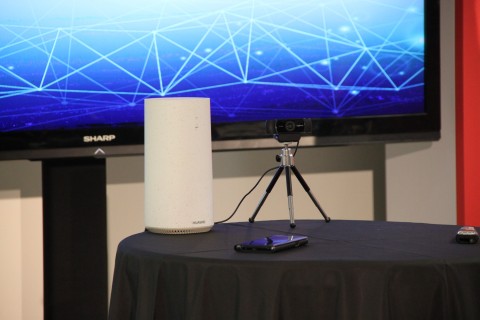