Vodafone brings Germany into the 5G era. The telecommunications company is the first operator in Germany to open the 5G network for private users. Starting in the morning, customers in Germany will be able to surf the first 5G networks with their first 5G products - at home and on the move. "5G is now", says Vodafone Germany CEO Hannes Ametsreiter.

As a prelude, Ametsreiter today activated the first 25 5G stations with more than 60 5G antennas in 20 cities and towns. In August, more than 50 stations with 120 5G antennas will be broadcasting on the network. The first 5G devices and the matching 5G tariffs will be online tomorrow and available in the first shops. The goal: 5G for everyone. "We democratize 5G," said Vodafone CEO Hannes Ametsreiter at the launch of the fifth mobile generation. "5G is no technology for top earners. every purse. "

The 'GigaCube 5G' from Huawei is the first 5G router with mobile radio reception, which now operates at first locations in the 5G network and from 18 July online and in the first shops is available. The 'Huawei Mate 20 X 5G' is the first 5G smartphone that will allow private customers to surf the 5G network starting tomorrow. The Samsung Galaxy S10 5G is also available in the first Vodafone shops and online. It can also be used in the real-time network shortly.

The GigaCube 5G customers can use as a replacement for slow DSL lines. It brings speeds of up to 500 megabits per second in the home four walls at the first 5G stations. At its first locations, the GigaCube 5G will soon be able to reach peak speeds of up to one gigabit. With a monthly additional payment of 2.99 euros, the GigaCube 5G is available online for a single purchase of 349.90 euros and in the Vodafone shops. The appropriate tariffs for the new router are available including access to the 5G network starting from € 24.99 per month (30 gigabytes). Larger data packages of up to 250 gigabytes (44.99 euros) can also be booked.

5G expansion at the start in cities, municipalities, industrial halls and stadiums

Vodafone CEO Hannes Ametsreiter today activated the first 5G stations in 20 cities and municipalities with a total of more than 60 5G antennas. "We are entering the 5G era and opening the new mobile generation for the first time to customers in Germany," says Ametsreiter. In August, more than 50 stations are already broadcasting 120 5G antennas in the Vodafone network. "With the first 5G stations, we want to better understand how and where our customers are actually using 5G to better tailor the expansion to our customers' needs." Vodafone starts its 5G mobile network in major cities as well as in the UK smaller communities.

The first 5G stations are now broadcasting, inter alia, in the municipalities of Birgland (Bavaria), Lohmar (North Rhine-Westphalia) and Hattstedt (Nordfriesland). Also in the cities of Cologne, Dusseldorf, Hamburg, Dortmund and Munich radio since today at first places the 5G network. In Cologne, for example, Vodafone is increasing network capacity close to the trade fair center, where numerous users use the mobile network at peak times. 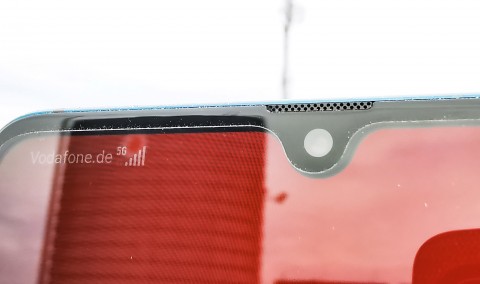