March 21, 2019 velcom telecom operator began to provide mobile Internet services using 4G technology. The first to use data transmission in the fourth generation network will be subscribers of Minsk and the Minsk region, as well as Gomel.

4G mobile Internet services are provided to velcom subscribers in the network of the infrastructure operator beСloud in the 1800 MHz radio frequency band. At the time of launch, the fourth generation network is being used by velcom at more than 530 base stations of beCloud in Minsk and Gomel, and also partially in the Minsk region.

The network provides full coverage of the above regions, while the work on the further deployment of 4G in other cities and towns of Belarus continues.

“We are acting in accordance with the requirements set by the regulator for the Belarusian telecom market, and we are deploying a 4G network on the network of the infrastructure operator beCloud, in order to provide our subscribers with the opportunity to use both technologies — 4G, which is prevalent mainly in large cities, and 3G from velcom working steadily throughout Belarus, ”said Helmut Douz, General Director of velcom .

At present, the 4G network is mainly focused on large cities. At the same time, velcom's 3G network consisting of more than 3,750 base stations and providing reliable communication to more than 97% of the country’s territory is still available to all subscribers of the company. In addition, in order to optimize and increase the capacity of the 3G network, in the near future, about 1,800 base stations throughout the country will be equipped with a fourth radio frequency carrier in the 2,100 MHz band. Its inclusion will make it possible to increase the capacity of the velcom 3G network by more than 30% and, accordingly, provide the company's subscribers in the places of generating the greatest Internet traffic with even more comfortable use of data services at high speeds. 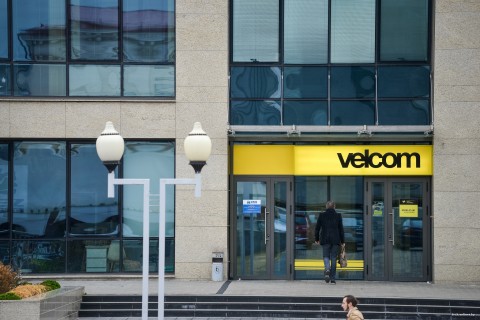