The United States Department of Commerce has imposed a total supply blockade on China's Huawei in the latest escalation of the ongoing trade war.

The move prevents Huawei from buying components from US companies and has been likened to the restriction that crippled ZTE during 2018. Companies including major US chipmakers Intel, Broadcom, and Qualcomm have been forced to cease supply to the world's second largest smartphone manufacturer. Tech giants like Google have also been forced to suspend access to its Android operating system.

Huawei smartphone users remain unaffected and are able to download updates and access Google's Play Store. Any future Huawei phone models will however be blocked from accessing the service.

The US DoC has declared a national economic emergency, with the trade blockade a strategic play similar to the controversial Countering America's Adversaries Through Sanctions Act (CAATSA) program.

Industry experts however warn that the move may further isolate the US economically. China is the world's largest market for semiconductors, with Huawei alone representing around 10% of Qualcomm's total revenue. NeoPhotonics, which received 44% of its revenue through its lucrative Huawei contracts, saw its stock price in freefall following the announcement, losing almost a third of its valuation.

Responding to the demand, an emailed statement from the company noted: “This decision is in no one’s interest. It will do significant economic harm to the American companies with which Huawei does business, affect tens of thousands of American jobs, and disrupt the current collaboration and mutual trust that exists on the global supply chain”

What concerns experts the most however is the move presents an opportunity for China to strengthen its domestic semiconductor industry. With Deloitte predicting Chinese demand for semiconductors to grow by 25 percent in 2019, the supply vacuum will almost certainly be met by domestic manufacturers.

Huawei's HiSilicon chip arm released a statement declaring that it had been long prepared for the eventuality. According to a report by Reuters, HiSilicon Preisent He Tingbo claimed the firm had been developing back-up products for years in anticipation of the unlikely scenario that Huawei may one day be unable to obtain advanced chips and technology from the United States. 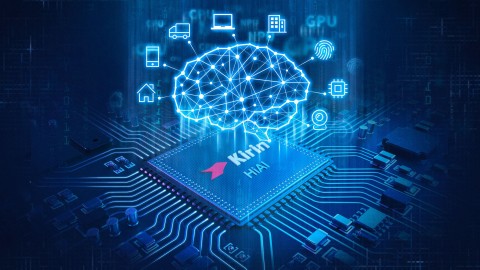