The switch on of the first full 3GPP Rel15 standard 5G site is the first important milestone reached thanks to the combined efforts of TIM, its subsidiary TIM San Marino, NOKIA and the Government of San Marino, which have worked together to test the 5G system. This will make San Marino the first European country covered by the new 5G technology.

The network plan for the project, whose first stage was completed thanks to the 3.5 GHz frequency band made available by the Government of San Marino, aims to complete 5G coverage by the end of the year.

Specifically, 3GPP Rel15 standard radio equipment with “Massive-MIMO” technology has been installed in Faetano location, an antenna able to simultaneously handle dozens of incoming and outgoing radio signals and dynamically adapt to the position of individual users and the traffic demand. The NOKIA end-to-end solution also allows for the virtualisation of network components and radio access.

Once the tests are completed at the TIM research and innovation centre in Turin, which for the first time in Europe tested the 5G standard technology based on 26 GHz millimetre waves in the 26.5-27.5 GHz frequency range, TIM and Nokia will start, by the end of September, the installation of the 26 GHz equipment in order to test its potential in the field with 5G terminals equipped with both bands, hence making San Marino an outdoor laboratory for experimenting with innovative 5G services. Industry 4.0, public safety, smart city and digital tourism are the areas involved in the innovative services enabled thanks to the potential of 5G.

“The installation of the first 3GPP 5G site – says Elisabetta Romano, Chief Technology Officer at TIM – is the peak of a virtuous cycle of innovation launched by TIM a few years ago, working with the standardization bodies and contributing since the beginning to the ITU R “Vision” recommendation which defined the founding concepts of 5G, subsequently guiding work on the technical specifications for 3GPP Rel15 and later.”

Marc Rouanne, President of Mobile Networks at Nokia said: “Nokia has developed an end-to-end 5G Future X portfolio that will deliver unprecedented capabilities and efficiencies for customers such as TIM, allowing them to transform their service offering. Working together we will explore the potential of 5G services that align with TIM’s vision of meeting the future demands of a diverse range of industries and consumers.” 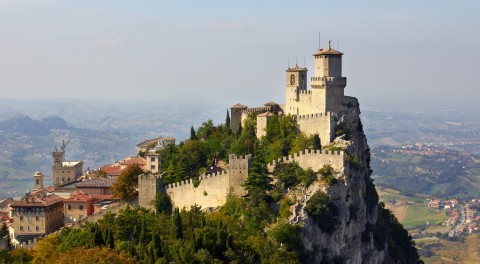