Denmark is today rounding a technological milestone. For the first time, Danish mobile customers now have access to an internet speed that has rounded the magic limit of 1,000 Mbit / s. Initially, Telia has opened for 1,000 Mbit / s in Copenhagen. But more cities are on their way. However, it is still only a small handful of mobile phones that support such high speeds at all.

"1,000 Mbit / s in the cellular network is an important milestone. It symbolizes how fast it goes with digital development these years ”, says technology director at Telia Denmark, Henrik Kofod.

“In 2016, in Telia, we completed the first successful 5G test in Europe. Since then, we have had full focus on future technologies. Of course, this applies to 5G and IoT, but also the further development of the 4G technology, where we have now rounded 1,000 Mbit / s in a generally open and commercial environment, ”explains Henrik Kofod.

Although this means a better mobile experience for the individual Telia customer, Henrik Kofod emphasises that one should not expect an individual to be able to make a measurement that rounds the magic limit.

“First and foremost, 1,000 Mbit / s is an almost crazy speed for a mobile phone that rarely consumes more than 3-4 Mbit / s when it goes really high. There are currently only a handful of models that support as high speeds as 1000 Mbit / s at all” he says.

The first tower is open - more are on the way

“The milestone today must be seen in the light of the fact that mobile technology is a so-called shared resource. This means that the mobile customers that are connected on the same mast are divided over the total capacity of the mast. Therefore, at present it only makes sense to upgrade to 1,000 Mbit / s on master, where many people are online at the same time, ”explains Henrik Kofod.

Initially, 1,000 Mbit / s has been opened on a single mast, which is located in a side street to Kongens Nytorv in Copenhagen. But several upgrades are on the way both in Copenhagen and other of the country's largest cities.

Facts about Telia and the Mobile Network

The mobile network today consists of over 4,000 mobile towers in Denmark. This is Denmark's most finely meshed mobile coverage. 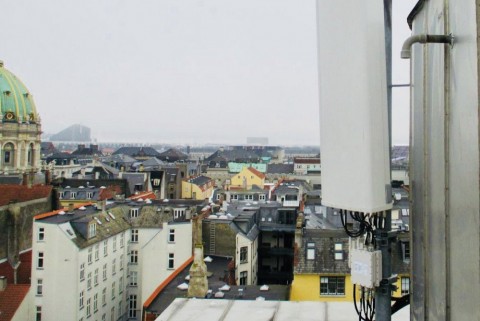