The possibilities offered by the Internet of Things (IoT) are growing strongly in Belgium and throughout the world. In order to maintain its leadership on this market, Orange Belgium decided last year to invest in new IoT technologies based on international standards. Today Orange announces the availability of Narrow Band-IoT (NB-IoT) and LTE-M technologies, so called “Mobile IoT”, on the whole Belgian territory, reaching nationwide coverage both indoors and outdoors.

The NB-IoT and LTE-M technologies are Low Power Wide Area (LPWA) cellular network layers that will allow millions of everyday objects to be connected to the Internet of Things (IoT). LPWA technologies offer many advantages when connecting objects to the Internet of Things, such as extending the battery life of the connected equipment by up to 10 years thanks to low energy consumption, or drastically reducing the cost of the radio modules inside the devices that need to be connected. Smart furniture, smart parking and asset tracking for instance become possible.

Today Orange Belgium announces the nationwide roll-out of Mobile IoT on its network, as committed 1 year ago.

The Mobile IoT technologies bring a different approach to LPWA technologies. Apart from the extended battery life and the minimal cost of the radio modules, NB-IoT and LTE-M:

Gabriel Flichy, Chief Technology Officer of Orange Belgium, explains: “The choice for Mobile IoT technologies is future-proof as it is fully consistent with the future evolution towards 5G. It will then be possible to connect objects that require very high reliability e.g. for the remote control of critical devices and automation processes. Today we are already using our Mobile IoT network together with the Flemish government for a project with connected bikes in collaboration with our partners Huawei and Sensinxs; IMEC is testing a smart plug project as part of Antwerp’s City of Things program and we have teamed up with CommuniThings for smart parking solutions. We invite all application developers, system integrators and early adopters to test the advantages of Orange Mobile IoT network.” 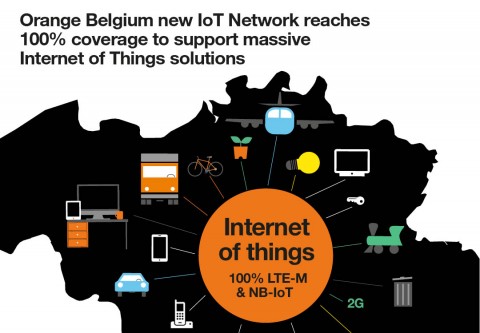