Espoo, Finland - Nokia has been selected by Brazilian power distributor Elektro, part of the Neoenergia/Iberdrola group, to deploy a private LTE network to increase the reliability and efficiency of the electrical grid in the City of Atibaia and surrounding areas in the state of Sao Paulo. This highly reliable wireless 4G network, the first of its kind in Brazil, will serve more than 75,000 homes and businesses.

The LTE network will be deployed in 3.5 Gigahertz (GHz) frequency band, the first such installation in South America. The network will provide business-critical connectivity for grid equipment, smart meters, substations and distributed energy generation sources throughout the service area, enabling grid automation through real-time exchange of information between these devices and Elektro's Operations Center in Campinas. This will enable the quick identification of events on the electrical grid for rapid restoration in case of failure, and even to avoid outages before they occur, helping ensure high-quality service for Elektro's customers.

This agreement builds on Nokia's strong track-record providing mission-critical networks to power utilities, and highlights the company's strong position in the emerging market for private LTE networks. It also highlights the progress of Nokia's strategy of expanding its customer base outside of the traditional telecommunications sphere, a key focus of the company's diversification efforts.

Neoenergia is committed to sustainable development and the full digitalization of its networks. The project in Atibaia is a pioneering effort here in Brazil, and will deliver increased power efficiency to bring both increased quality and cost savings to our customers. As important, this deployment will enable the introduction of distributed power resources in the future, such as photovoltaic generation and electric vehicles, while providing the required communications for our transformation to new business models."

"This private LTE deployment will provide the large-scale connectivity, extensive coverage and high-bandwidth service needed for Elektro to extend the reach of its network out into their distribution grid, making the grid much smarter. This future-proof solution will also provide an evolution path to 5G technology in the future, which will offer an array of additional capabilities to keep pace with the fast-evolving utility market." 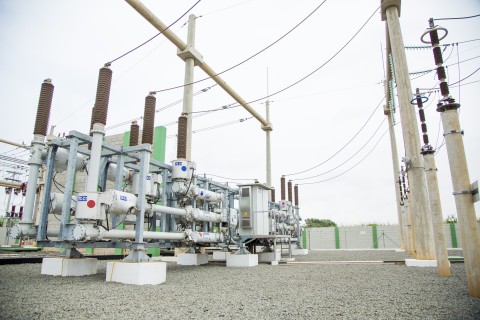