Magyar Telekom launched its first standard 5G station at the end of January. The station located at downtown Zalaegerszeg uses the 3.7 GHz test spectrum. The test gigabit network operating under real-life conditions runs on a standardized 5G system and uses 5G components ready for commercial launch. The purpose of the test operation is to enable Telekom to learn more about the compatibility challenges associated with running the new technology and the existing networks together, and to prepare for its future integration at the same time.

On the occasion of the launch of the 5G station, Innovation and Technology Minister, László Palkovics said: “The automotive test track being built and partly completed at the town puts Zalaegerszeg and Hungary on Europe’s innovation map. That is one of the reasons why the fact that Hungary’s first standard 5G station is launched in that city has a clear message. The experimental 5G network will soon be rolled out to cover the test track, too, which thus will be equipped, uniquely in Europe, to develop and test autonomous vehicles, along with traditional ones.”

Magyar Telekom and its subsidiary, T-Systems Hungary concluded a cooperation agreement with the Government, the Zalaegerszeg Municipality and Automotive Test Track Zala LLC at the beginning of June 2017. It is in that framework that Magyar Telekom started the rollout of a 5G mobile communications test network at the automotive test track. It is also in the context of the test track being built at Zalaegerszeg that T-Systems assumed an active role in establishing the Zala Autonomous Vehicle Cluster consisting of IT, electronics and automotive firms. The 5G test operation launched as the next step in the series of developments at downtown Zalaegerszeg is to help Telekom experience as soon as possible the compatibility challenges associated with running the new technology along with the existing network, thus supporting its future 5G network rollout, which will provide the customers gigabit speeds, very low latency (i.e. delays) and numerous new optional functions.

Magyar Telekom’s CEO, Tibor Rékasi said: “We consider it our mission to support people, communities and the whole country by a state-of-the-art network infrastructure in their endeavors to grow and progress, and thus to contribute to the development of the gigabit society. Together with our partners, we continuously explore the different possible ways to apply the new, fifth-generation mobile technology. The first 5G station at Zalaegerszeg is another milestone on the way towards Telekom launching its 5G services as soon as possible.”

The next-generation, 5G mobile technology will provide approximately 10 times higher data speeds, significantly lower response times and much better customer experience than current ones. Due to the significantly higher available network capacity, tens of millions of devices can connect to the network at the same time. The totally new network concept combines the benefits of fixed-line and mobile communication. Its potential lies not only in its speed, but the network intelligence embedded in it, as well, and its ability to cooperate with other technologies. As a result of all that, 5G will bring about many new solutions for the industry, energy management, agriculture, transportation, healthcare and practically in every facet of life. The new technology is expected to become available across Europe within a few years.

Magyar Telekom and T-Systems Hungary, as founding members of 5G Coalition, work, along the objectives set forth by the Coalition, to achieve that Hungary become one of Europe’s 5G development centers, and even play a regionally leading role in testing the new network technology and the smart solutions built on it 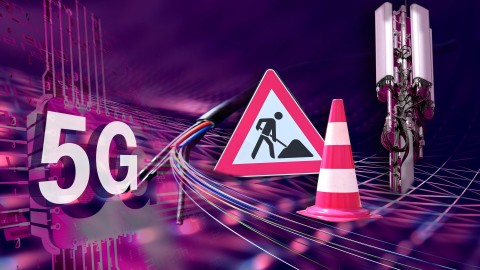