Hrvatski Telekom is the first in Croatia to have realized 5G functionalities in real conditions this making an important step towards the arrival of the 5G network in Croatia, which will enable further technological advancement of the society. This puts Croatia among the first European countries where 5G functionalities were demonstrated in real infrastructure conditions. The network operating in the 3.5 GHz spectrum was implemented with a pre-installed 5G system, using Ericsson's 5G network devices, ready for commercial use. This makes Hrvatski Telekom the first to introduce 5G technology in Croatia..

At the beginning of the year, HT initiated the modernization of the radio access network in the whole of Croatia. This network will enable the introduction of 5G technology as soon as the required radio frequency spectrum is allocated to it. The project encompasses the modernization of infrastructure, transport capacities and radio equipment that should be finalized by the end of 2019. In the first half of the year, HT replaced all 137 of the base stations with the new 5G-compatible ones in Istria. From the beginning of July, activities continued on the territory of the City of Zagreb, where the most modern mobile technology in Croatia and the region will be implemented after Istria, alongside the most developed European markets such as Germany and Switzerland.

"Our customers have the best mobile network in Europe, and this is just a confirmation that this will be the case also in the future. We were to first to make a big step forward in the preparation of Croatia for 5G, which places us in the top European countries which did this. HT sees the commercial implementation of the 5G network around the year 2020, when customers will have added value in performances compared to the 4G network A full swing with an entire range of functionalities is expected in the period between 2025 and 2030", said Boris Drilo, CTIO of Hrvatski Telekom.

Hrvatski Telekom continuously invests in the latest technology and infrastructure modernization. Last year alone, 1.745 billion kunas was invested in infrastructure, or 8.5 percent more than last year. In the last four years, the total investment is higher than six billion kunas.

5G is the new generation of communication networks and a great opportunity for the Croatian economy and development, which will include the entire accompanying ecosystem. Its commercialization will change the way we communicate, use devices from our everyday lives, and will ease our lives and businesses. Autonomous vehicles, smart homes and robotics in medicine will only be realized with the latest generations of network. By delivering mobile broadband access of extreme speeds, robust low latency connectivity, and networking of millions of devices into massive Internet of Things (Massive IoT), the whole society will change. Just as the internet, electricity, steam machine, printing machine were or are the main driving forces of socioeconomic development and make the so-called general-purpose technology, so the 5G will be the next big technology that will significantly improve people’s quality of life and increase productivity.

By 2020, each citizen will have an average of four connected devices connected to the Internet. By the, it is extremely important to develop 5G standards in full scope, which implies creating an international system that will enable the rapid implementation of 5G networks around the world. Adoption of the standard is needed to make all manufacturers and operators work on a single product and reduce the loss of energy and resources on a variety of 5G network offerings. For this, further intensive work with customers and industrial partners as well as with regulatory bodies is essential. 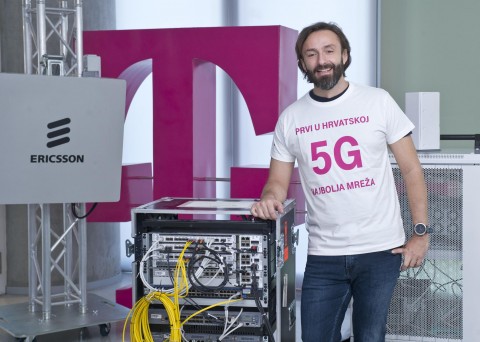