The process of digitalisation of Cuban society had a very significant moment in 2017. By 2018, one of the fundamental challenges of the Empresa de Telecomunicaciones de Cuba, ETECSA, already announced, is the implementation of a mobile data service for Cubans to have Internet in mobile phones.

In a tour with executives and specialists of the Mobile Services Division of ETECSA by radio base stations at different levels of operation in the east of the Cuban capital, it was learned that this is a process that began with strength since 2015 and that had a boom higher in 2016 and 2017.

According to Frank Pavón Carbonell, central director of this Division, a rather intensive process has been developed for the deployment of mobile base stations throughout the country and in the capital with greater emphasis, since practically half of the mobile clients are located here.

"It is important to deploy base stations and the great rapidity that is being achieved by ETECSA will positively influence society by providing a service with greater quality and efficiency".

In zones where 2G and 3G technologies already coexist, the voice call service is improved and the data is activated, guaranteeing that there is no interference or loss of signal.

But what is involved in the installation of a cellular base station and how complex is this process?

When visiting one of the base stations installed in the east of the Cuban capital, Alexander Diaz, Development specialist of the Territorial Division, tells us that the first step is to identify, through software, which are the most suitable places for coverage and transmission , and from there the location is decided to put the equipment, almost always on top of a building as the installation process is less expensive.

"In general, the base station is composed of the equipment where information processing occurs and antennas mounted on a tower for transmission. Electricity is connected, tests are carried out to verify the established parameters, and the service is put into operation ", he describes.

During the tour, José Leonardo Rubio, Head of the Operation and Maintenance Department of the Mobile Network of Havana, explained that when the base station already installed is received, an investment check begins based on the technical task that was given and a total review of the site is made with the investment partners. From the data resulting from the planning phase and offered by the Mobile Services Division, then the installation of the data to the radio base is started and the service is lifted, which in a first phase will be a test service - of practically a month-, although it is already being offered to the population, but there may be physical changes in the equipment.

Each base station goes out with the two services to provide more solutions to the voice call and strengthen the data, says Rubio, in such a way that when it is decided that the service be extended to the population, to the clients, it is a service of quality, and a good investment plan will always be necessary so that the customer's feeling is good. "Nothing is resolved if the service is lifted and then it is bad. It is preferable to devote a little more time to the implementation of the new sites so that everything comes out with the quality you want to provide."

Regarding the technology that is being used and the agility of the process, says the head of the Operation and Maintenance Department of the Mobile Network in the capital, which is of optimum quality and is at a level comparable with any country in the world.

"It is a proven technology already in our country and has given very good results. We will continue working at this time to -firstly- get the service in the two authorized technologies and then we will continue the development plan, both in sites and technologies to ensure that customers are truly satisfied with the service that the Company wants to offer " , it states.

With the installation of 279 radio bases throughout the Island in 2017, there were already more than 400 at the end of the year. In this regard, Yudith Toledo, director of the East Territorial Division of Havana, confirms that this is a complex process in which significant progress has been made, so that everything is ready at the time and the service can come out with the necessary quality. "And the workers of ETECSA and all those who are committed to the service process are working with a great sense of belonging, with a great responsibility, always moving forward."

For his part, Frank Pavón, central director of the Division of Mobile Services, summarized: "ETECSA and the Ministry of Communications (MINCOM) of our country are doing quite intensive actions to open cellular services at its best to the entire people Cuban. Despite the US blockade, we are working and we will achieve it. " 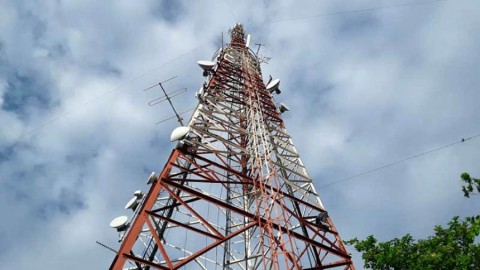