DNA's 4G network upgrades started in autumn 2018 in Turku have been completed. The entire 4G network in Turku has been upgraded to higher performance and 5G deployment capability. With upgrades, local 4G data rates have risen more than double.

The main goal of the updates was to enable customers to have higher mobile data speeds and to prepare the mobile network for 5G ready. The update introduced new 4G frequencies and the latest, 5G capable radio network technology.

"Almost all of Turku 4G base stations have now been updated with the latest technology. The main base station proprietary capacity expansions were made in areas where mobile data is used particularly much or in which moves a lot of users, such as in the center. I am pleased with the results of the work, because the 4G network top speeds are in Turku grown generally doubled and The same applies to network capacity, "says Jarkko Laari , DNA's radio network manager .

In addition to Turku, 4G extensions were made in Raisio's center and Liedo in a few locations.

New base stations were also introduced

"The 4G network will be very important to customers for years to come, even though 5G is already in preparation. to which its submission, would be extremely expensive" says Laari.

DNA is prepared by the mobile network towards the 5G-time from 2016 onwards and will begin to offer 5G services to its customers this year. DNA opened at the turn of 5G network in Helsinki. In the first phase covering areas in the center 5G network will serve before all the needs for service development and is expanded when 5G-enabled terminals are generally on the market.

Getting up to speed, 5G enables data transmission connections with a much faster and shorter delay, which gives consumers and businesses higher quality and versatile data services. The first beneficiaries of the 5G network are those homeowners and businesses with no fiber access. 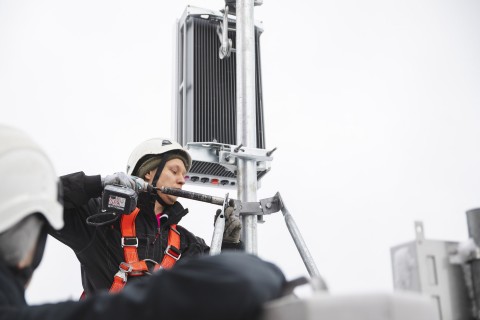