October 15, 2018, Moscow - PJSC "VimpelCom" (Beeline brand) and LLC Elster Metronika report on the successful launch of a pilot project to create a system of smart metering of electricity. The project was implemented on the basis of the network of the new standard of the Internet of things - NB-IoT (Narrow Band Internet of Things).

The network operated on the territory of the “Smart Quarter” in the Marino area — B20 800 MHz (LTE) frequencies were used to organize it: Beeline installed two base stations covering an area on the order of one square kilometer of residential development.

The NB-IoT technology has demonstrated data collection from electricity meters (the average data transfer rate is about 20-30 kb / s) with signal penetration even into hard-to-reach places - basements, risers, and underground parking.

The system of smart metering of electricity allows you to see the real balance of electricity: how much came to the transformer substation and how much was sent to each specific house and apartment. Residents or the management company do not have to submit data on electricity consumption every month - all data is automatically transferred to the settlement center of the supplying organization.

“Our calculations showed that the introduction of such systems is very effective not only for residents, but also for public utilities: it reduces the cost of maintaining the infrastructure of the power grid company by 12-15% and changes the approach to the electricity metering system. The technology that Beeline had the opportunity to demonstrate is the near future of large cities. We are very pleased that we were able to demonstrate its capabilities. "

“Using such solutions to build energy metering systems allows, according to our estimates, to reduce the cost price of the average metering point by 30% by eliminating intermediate collection and transmission devices, as well as the costs associated with repair and operation and non-technical losses. In the case of a thoughtful and systemic approach, the Internet of Things (IoT) technology can be one of the key factors supporting the growth not only of the electric power industry, but also of the Russian economy in the long term as a whole. ”

Piloting of the IoT solution on the territory of the “Smart Quarter” was carried out jointly with the relevant organizations and project participants. The successful results of the pilot project are also presented at the site of the All-Russian IT Dialogue Forum in St. Petersburg, which took place on September 20-21, 2018. 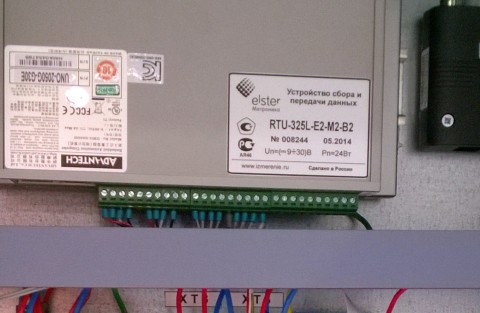