5G network tested by DNA and Ericsson in Kirkkonummi

DNA and Ericsson are testing the capabilities of the 5G network in Kirkkonummi. The ongoing tests are a continuation of the 5G demo of February 2017. Their main goal is to test issues such as services enabled by 5G and the base-station-specific coverage area.

The tests currently underway are being performed on a 3.5 Gigahertz 5G frequency band temporarily made available for test use by the Finnish Communications Regulatory Authority. The 5G base station is located in the vicinity of Ericsson’s Kirkkonummi office.

In addition to top speeds, the tests will focus on the range of the 5G base station and new 5G technologies, such as beamforming and beam tracking. Beamforming aligns the orientation of a base station’s radio beam with a specific receiver improving significantly the received signal quality. Beam tracking enables the use of radio beam orientation to track a mobile receiver. In practice, this technology can be used for purposes such as providing households or moving vehicles with cost-effective, fast broadband solutions.

"Taking new steps forward and testing technology and new services are essential to making Finland a leader in 5G technology. It's great that DNA is testing the use of 5G; this is bringing the services of the future a step closer to the consumer,” says Kirsi Karlamaa, General Director of the Finnish Communications Regulatory Authority.

In February last year, DNA and Ericsson announced the results of high-frequency 5G tests at 28 Gigahertz. Testing is now being continued at a lower frequency. The new 3.5 GHz peak bandwidth values are achieved: radio communication with a transfer rate of 1.5Gbps and latency below even 3ms. The test is also important because the introduction of 5G networks will begin at that particular frequency.

"The use of mobile data continues to grow in Finland, and although 4G will retain the main role for the next few years, DNA is already preparing for the arrival of 5G and next-generation technology. Field tests of the new 5G technology alongside Ericsson will be another step towards the 5G services to be launched next year," says Jarkko Laari, Director, Radio Networks, DNA.

Finland will be among the first countries to deploy 5G and that is for a reason: Finns are the most data-hungry nation and data traffic in DNA’s network is highest per user in the world. We are particularly proud of the collaboration with DNA and we believe 5G will allow forerunning operators such as DNA to develop and bring services to a totally new level”, says Head of Ericsson Finland, Olli Sirkka.

5G tests, including field testing and technical verifications, are still ongoing. Preparations for DNA's 5G network are proceeding as planned: in addition to the 5G tests, a major upgrade of the core network’s programmability and minimum speeds will form part of the preparation for 5G. DNA will provide commercial 5G services as soon as the required operating licences and main terminals are available. 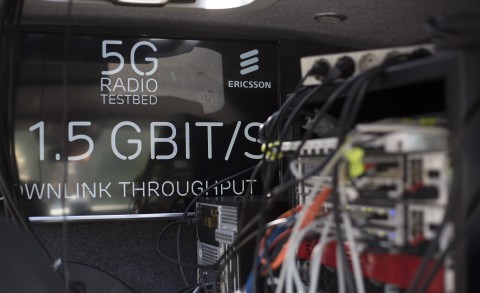