This makes 3 Hong Kong one of the first mobile operators to run outdoor trials in two major 5G spectrum bands and enables a better understanding of their transmission characteristics, as well as other technological aspects.

3 Hong Kong is now one of the best-positioned operators to deploy a 5G network and provide Hong Kong with world-class service in a new era of mobility.

3 Hong Kong today became the first* mobile operator to make a live outdoor broadcast via a 5G network in the 3.5GHz band in Hong Kong. The test was carried out at a trial cell site in Causeway Bay.

The company has been working tirelessly to develop 5G technology in order to launch smooth, high-speed and diverse 5G services, once technology standards are set and spectrum is released. Details:

Test results demonstrated the mid-frequency 3.5GHz band’s superiority of coverage over the 28GHz band (Millimetre Wave spectrum). In fact, 3.5GHz band coverage is comparable with the LTE 1800 band when used in conjunction with Massive MIMO technology.

Long-term development of 5G technology requires different spectrum bands to complement one another. For example, the 28GHz band delivers high-speed service but its high-frequency nature restricts coverage to a limited area. However, greater coverage is achievable when the 28GHz band is complemented by the 3.5GHz band. Such an arrangement enables operators to extend coverage and provide a seamless 5G experience. Harnessing the beneficial attributes of each spectrum band also assists operators to meet all the various demands on 5G applications.

The 3 Hong Kong network team has developed a thorough understanding of the 3.5GHz and 28GHz bands, thanks to the many onsite trials carried out. This aids deployment of 5G technology and infrastructure, while enabling 3 Hong Kong to share valuable findings with developers working on 5G applications.

HTHKH Executive Director and CEO Kenny Koo said: “3 Hong Kong took the initiative to carry out end-to-end trials in various 5G bands in preparation for a new era of mobile communications. We welcome the government’s decision to allow various of its premises to accommodate 5G base stations, and we hope the application and approval processes can be simplified and accelerated to help Hong Kong’s 5G development.” 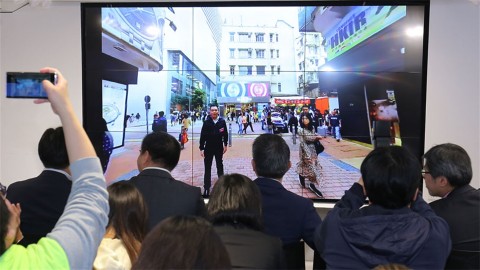