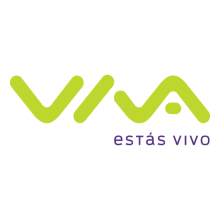 NuevaTel PCS de Bolivia is a local mobile company that operates in the country under the Viva brand. It is controlled by US holding Trilogy International Partners, which provides wireless telecommunication services in Latin America and New Zealand. NuevaTel also provides voice and data services over its 1900 MHz GSM network through both postpaid and prepaid payment plans.

The company started operations in the country 1999 and, since then, has made investments in infrastructure, services and technology updates, aiming to expand coverage and improve signal quality and data transmission speed. In 2013, for example, the company spent US$15mn on acquiring 30 MHz of spectrum and also added some 300 base stations. That same year, Viva completed the installation of a fiber optic line that connects Bolivia to Peru, providing an alternative to routing traffic through Chile. Trilogy International Partners acquired the majority share of the business in 2006, while the remaining stake of Viva is owned by Cooperativa Mixta de Telecomunicaciones Cochabamba (Comteco). Courtesy of BNAmericas