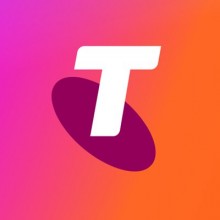 Telstra Corporation Limited (Telstra) is a telecommunications and technology company operating in Australia. The company's history dates back to Federation in 1901 with the founding of the Post Master General's department (PMG). It wasn't until 1975 when Australia's postal service was separated from its telecommunications industry and the company became Telecom Australia. In 1993 Telecom was renamed as Telstra Corporation Limited with the name derived from Telecom Australia (TEL from Telecom and STRA from Australia).

The company operates 3G services over B5 (850 MHz), branded as Next-G, along with B1 (2100 MHz) as an infill to provide additional capacity in metropolitan areas. Telstra launched its 4G LTE network in 2011 on B3 (1800 MHz). In 2014 the company launched its LTE-A network branded 4GX, providing long range B28 (700 MHz) LTE connectivity along with B7 (2600 MHz) to increase capacity in metropolitan areas, with all three bands in carrier aggregation. The company owns two 20 MHz blocks of 2600 MHz spectrum and has sufficient 2100 MHz licences to provide carrier aggregation of up to five bands (B1, B3, B7+B7, and B28), which has demonstrated DL data rates up to 843 Mbps in recent trials (using a Category 16 LTE device).

Further trials in February 2018 demonstrated 5C aggregation (CA_1A-3C-7C) achieving over 2 Gbps DL data rates using 256QAM, 4X4 MIMO, and 5CC CA (100 MHz). The company announced commercial activation of its 2 Gbps LTE-A Pro network in September 2018, making it the world's first 2 Gbps LTE network. 4X4 MIMO is currently available on B1, B3, and B7, with future compatibility with B28 announced. Telstra also intends on deploying 6C (CA_1A-3C-7C-28A) in future releases of the LTE standard.

In September 2018 the company announced it would shut down its B1 (2100 MHz) 3G service on the 25th March 2019, refarming the valuable spectrum for its "4GX" network. Spectrum refarming has also been planned for the company's now deactivated 2G 900 MHz network, and 3G 850 MHz network.

Telstra has advised current coverage of 3G technology will remain in service at least until early 2020. Limited closure activities may commence in 2020 and are expected to be well progressed by 2022.

In partnership with Ericsson, Telstra began laying foundation work for 5G in 2017, including testing in the n78 (3500 MHz) band, MU-MIMO, and beam-forming trials using Ericsson AIR radio+antenna units. The company's first 5G base stations were officially launched in August 2018, and by October 2018 the company had announced the successful switch-on of 50 base stations. Initial deployments have used Ericsson AIR 6468 and 6488, implementing n78 (3500 MHz) and n258 (26 GHz).

In January 2018 the company announced the commercial activation of its NB-IoT network, securing its position as one of the first carriers in the world to offer both Narrowband and Cat M1 (eMTC) IoT technologies. In February 2017 the company began working with Ericsson for the upgrade of its LTE network to support eMTC (LTE Cat-M1) to support the growing demand of IoT in Australia. The network, which is often called LTE-M, became available on B3 and B28 bands in January 2018.