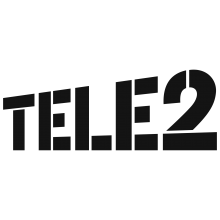 April 2017 saw the acquisition of 2300 MHz spectrum, however to date no services are active.

In January 2018 Tele2 upgraded its entire network to LTE-A Pro via a software upgrade to support 256QAM, bumping data rates from 375 Mbps to 485 Mbps.

In partnership with Nokia, Tele2 have demonstrated NB-IoT over its B1 (2100 MHz) network in June 2016. The service is yet to be commercially activated.

Tele2 has performed 5G testing dating back to August 2016 when the company and technology partner Nokia demonstrated data rates of 4.5 Gbps at Tallinn's Telliskivi Creative City.