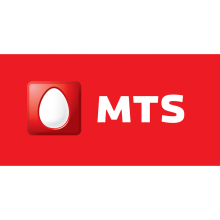 Mobile TeleSystems, JLLC began operations in Belarus in April 2002. The company is formed as a joint venture between government-owned Beltelecom, and Russian owned MobileTeleSystems.

Belarus has an unusual method of deploying LTE services, where the government as part of their Unified Republican Data Network initiative has elected a single infrastructure provider Belarussian Cloud Technologies (beCloud) to provide the physical LTE-A radio access network over B3 (1800 MHz) and B7 (2600 MHz) bands, which is in turn leased to MTS.

In January 2018 the company announced the readiness of its commercial NB-IoT network operating over the B8 (900 MHz) LTE band.